After completing his MBA from IIM, Ahmedabad in 1992, Alok Jagdhari’s career can be divided into three distinct phases.

Phase 1 spanned from 1992 to 2000 across Mumbai and Singapore and included stints with SSKI Securities, Socgen Crosby and BNP Paribas as a part of the Institutional Equity Sales group.

After 2000, Phase 2 was a move into financial technology area, beginning with Zensar Technology and an 8 year stint with Wallstreetsystems (now Ion Trading) in France and then the US. The stint at Wallstreetsystems R&D lab in Cote d'Azur as a Financial Engineer was followed by a 5 year stint in the US running project implementation at multiple corporate and bank treasuries.

Phase 3 started in 2011 with a return to financial services space with Discovery Capital, a multi-billion dollar multi-strategy multi asset class Hedge Fund. He served as the Chief Risk Officer and Head of Data Analytics till March 2018.

He currently lives in Stamford, CT (USA) with his wife Manjari and his daughter Avantika.

Searching for the Next Big Thing (NBT) is Alok’s abiding passion, after he missed investing in Infosys (when the primary market issuance devolved in 1993), Google (when he was offered pre-listing shares in 1997) and Tesla (when regulatory restrictions prohibited him from investing) and a host of other offers that went abegging. He is deeply interested in geo-politics and economics, travelling, soccer (Real Madrid and Arsenal FC), and cricket (following the Men in Blue). 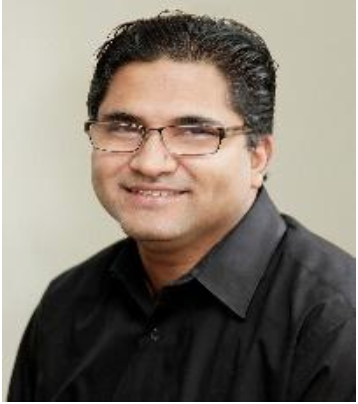 Gaurav is the founder and managing partner of Co-Creation Partners. He has dedicated the last 16 years of his professional life to working co-creatively with organizations to transform their human potential into breakout business performance. He has been a trusted advisor/ coach/ counsellor to C-suite and other senior leaders in the process of transforming their organizations.

Before founding Co-Creation Partners, Gaurav worked 11 years at the global consulting firm, McKinsey & Co. most recently as a leader of their North America Organization Practice. Gaurav started his career with Procter and Gamble in India and then moved on to work with Pepsi Cola, first, in the Middle East and then in Central Europe. Gaurav holds an undergraduate degree in Economics from St. Stephen’s College, Delhi and an MBA from Indian Institute of Management, Ahmedabad.

Gaurav has a deep interest in spirituality and how it impacts day to day living. He both participates in and leads retreats across the globe for business leaders that stretch the comfort zone and force a deeper dialogue on purpose and meaning. His other favorite spiritual activity is to play golf (which he does rather poorly). Gaurav and his family currently reside in Scarsdale, New York.

Rajesh Makhija is a 25+ year veteran of Information Technology industry, who until May 2018 served as CEO of two software product companies, Mphasis-Wyde & Eldorado, in Insurance & Healthcare sector respectively. Since taking on this role in Nov 2014, Rajesh led a quick pace complete turnaround of both Eldorado & Wyde. In recognition, in June 2017, Rajesh was awarded the Gold Stevie Award for "Executive of the Year" at American Business Awards & Eldorado was awarded the Bronze Stevie Award for "Company of the Year".

Previously, Rajesh was heading Enterprise Business Unit at Mphasis, a Digital Technology Services Company, for over 4 years. He was responsible for spearheading the expansion of a large portfolio across Healthcare & Life Sciences, Telecom, Retail & Logistics, and Manufacturing & Hi-Tech. The prime geographic focus was North America, Western Europe, Asia Pacfic including Australia, NZ, HK, Singapore and India. He led Enterprise Unit to become the fastest growing and amongst the most profitable units of the organization.

An experienced presenter, Rajesh has been a guest lecturer at multiple universities in U.S. & India. He is often called upon to share his insight in cross-industry forums on next-generation technologies affecting business processes and the state of global outsourcing industry.

Academically, he holds an Engineering degree in Electronics and a PGDM (MBA) from Indian Institute of Management (IIM), Ahmedabad. He is on the Board of IIM-Ahmedabad Alumni Association, USA Chapter. He also completed the Advanced Management program at Wharton, University of Pennsylvania and is an active member of the Wharton Club of New York. Rajesh is also on the board of Akhil Autism Foundation, a non profit organization focused on improving the awareness, treatment & affordability for autism community. He is also a Charter Member of TIE New Jersey.

In his personal life, he is an avid follower of NBA, NFL & Cricket and also an active sportsperson with passion for tennis, golf and volleyball. He is also a voracious reader and drummer.

Jaideep Lakshminarayanan is a seasoned investment banker with many years of experience in capital raising and M&A advisory. In aggregate, he helped raise over US$20 billion in equity, equity-linked and debt financing and closed M&A deals valued at over US$20 billion for the firm’s clients.

Until he retired from banking a few years ago, Jaideep was a Managing Director with Deutsche Bank. He was previously with Bankers Trust and had started his career with Bank of America. Apart from leading coverage of specific sectors, Jaideep has experience in rebuilding franchises: his most recent role was to rebuild relationships with large corporates which had disengaged from the bank; prior to this, he re-established the firm’s investment banking franchise in Singapore after the sudden departure of the team. He has led the coverage of the firm’s technology & media practice in Asia, and at various times was also responsible for the industrials and resources practices. As a result, his experience spans technology, media, energy, transportation and metals & mining across the region; he has closed transactions on all the major stock exchanges, globally.

In recent years, Jaideep has been a stay-at-home dad, occasionally advising early stage businesses and entrepreneurs on a pro-bono basis. He supports the Welfare of Stray Dogs, an NGO that seeks to eradicate rabies and control street dog population humanely by finding them homes, as well as Ummeed, an NGO that assists children with developmental disabilities.

Jaideep is married and has two children and a dog. He enjoys travel, reading and trekking. His favourites are the rim-to-rim trek across the Grand Canyon and the 100-kilometer Oxfam Trailwalker over the ghats near Mumbai. His regular trips to nature reserves allow him to combine his love of the outdoors and wildlife photography – he’s always game for a trip to Ranthambore! 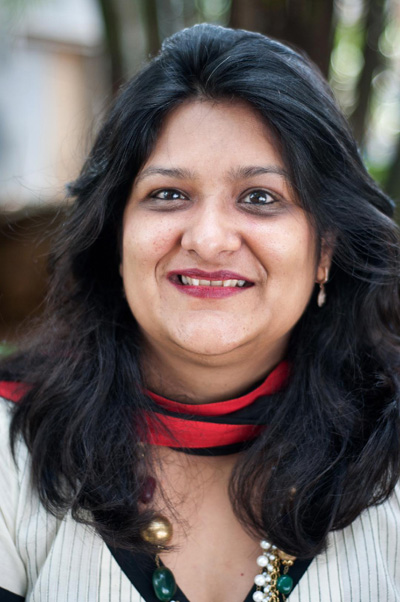 Rachna has 25 years of rich experience in brand building in the fashion industry.

Rachna currently is an advisor to Shoppers’s Stop, a mentor at NSRCEL, IIM Bangalore and founder angel investor at 92 Angels.

Rachna joined Madura Garments (a division of Coats Viyella Plc) as a management trainee. During her seven year stint she worked on Van Heusen and later brought the concept of “Friday Dressing” to India through the successful launch of Allen Solly.

Rachna brings passion, energy, a deep understanding of the fashion and retail landscape, consumer focus and a futuristic, innovative mindset to her work.

She did her schooling at Loreto House and her B Sc (Economics) from St. Xavier’s college, Kolkatta followed by her PGDM from IIM, Ahmedabad.

Rachna is married to Arun Sirdeshmukh (Director Fashion and Lifestyle, Amazon India) and has two daughters Riya (20) and Risha (14)

She loves to travel, play mahjongg, binge on television serials, get creative making candles or doing decoupage and always finds time to eat, drink and dance with friends.

Jaideep Mehta is CEO, News Corp VCCircle. He joined the company in October 2017 to stabilise News Corp’s wholly owned subsidiary VCCircle in India. He is an advisor to CEO’s and business leaders of investment and tech ecosystem. From macro-economic trends to technology disruptions, and market and industry analysis, he has blogged, written and presented on a wide range of topics.

Jaideep has been awarded the “Patrick J McGovern IDC Entrepreneur of the Year 2015” for consistent excellence in leading the South Asia team to success and “Leadership Award for Contribution to Market Research” by the World Marketing Congress in 2014.

Prior to his current role, he was Managing Director - IDC India and South Asia. Under his leadership, IDC India was conferred the CIO Choice Award for “IT Advisor of the Year” three years consecutively in 2014, 2015 & 2016. Before IDC, he was based in London, UK and worked at Gartner for over 5 years where he was Regional VP, Sales & Business Development – EMEA and prior to that, he spent more than 2 and a half years in the Indian outsourcing sector, most notably at Zensar Technologies where he spearheaded the set up to their Financial Services practice in Europe. During the late nineties, he was in the software sector.

Jaideep is a graduate from the Shriram College of Commerce, Delhi University and holds an MBA degree from the Manchester Business School, UK. He enjoys reading, the occasional game of tennis and driving to remote parts of India.

Sanjay Sharma is a veteran investment banker with over 26 years of experience in Equity and debt capital markets and M&A Advisory business. Over the years he has raised equity and debt of over $50bn for Indian corporates with over 150 book-built transactions.

Sanjay has recently moved from investment banking and is now Chief Financial Officer of a leading real estate company of a large Indian conglomerate. Previously, Sanjay has been with Deutsche Bank group where he set up the Equity Capital Market business of the bank and was responsible for origination, structuring and execution of all Equity and equity linked offerings for Indian corporates both on Indian and International stock markets. He has also worked with DSP Merrill Lynch in Mumbai and for a brief period in Hong Kong where he worked in various capacities managing the Equity, Debt and Advisory business.

Sanjay holds a Post Graduate Diploma in Management from Indian Institute of Management, Ahmedabad (IIM-A 1992) and is a Mechanical engineer from National Institute of Technology Karnataka Surathkal (1988). He has a good understanding of the Securities Regulations and has worked towards bringing international best practices in the Indian Capital Markets. He has been associated as Chairman and Director of Association of Investment Bankers of India (AIBI). He is also a member of Capital Markets Committee of FICCI and CII and in the past has also been a member of Primary Market Advisory Committee of SEBI.

Sanjay is married and has two daughters. He is a passionate long distance runner and participates in various Marathons on a regular basis, and is targeting finishing the 6 World Marathon Majors over the next three years. He also enjoys trekking and one of his favourite recent treks have been the 100Km Oxfam Trailwalker in Lonawala. He also supports an NGO Ummeed which helps children with development needs and amongst other things loves to do the annual fund raiser 55Km walk on Goa Beach in January every year.